A Pocketful of ‘W’s 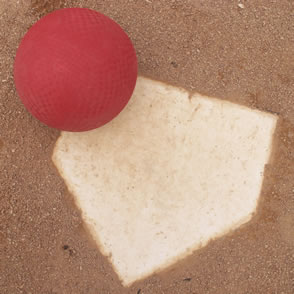 “That’s all I brought with me, and that’s all I’m bringin’ home.”

When I play kickball, I get in the zone.  I become a competitive, trash-talking, kicking, fielding, not-goin’-down-without-a-fight machine.  All manners, kindness, and rules of fair-play are off the table, and by any means possible, I go for the win.  The “W”.

Last week, I had the opportunity to leave it all on the field when my brother’s youth group challenged my youth group to a kickball showdown.  It was all youth and all youth leaders, both senior and junior high, making for enormous teams on both sides.  Our field, their ball.  McKnight vs. McKnight.  A Wednesday night that will live in infamy.

To understand my kickball passion, it’s helpful to know that one of my all-time-favorite movies is the James Garner 1969 classic, Support Your Local Sheriff.  It’s a comedy set in the old west where James Garner becomes the sheriff of a riotous little town and sets to cleaning it up.  But there are those who oppose him, and he has to make them abide by the law.  This leads to a shoot-out on the main street in town.  Not a kickball match, but almost as intense.  Among the cast of character is Miss Prudy Perkins (Joan Hackett), the sole owner of the Millard Frymore Memorial Mining Company.  She is one of the few who are willing to fight for the town and ends up in the high-noon showdown.  After her over-zealous strategy gets two men killed, Jason McCullough (Garner) asks her, “Haven’t you ever heard of just wounding someone?”  To which Miss Prudy replies, “I only know one way to shoot, and that’s to kill.”

While I’ve never shot a man, in Reno or anywhere else, I have adopted Miss Prudy’s motto as my own.  I’ve accepted it as part of my DNA, what makes me, me.   If I’m going to do anything, I’m going to do it to the very best of my ability, or I’m not going to do it at all.  Sometimes that’s at a kickball game.  Sometimes that’s teaching a Sunday School class.  It may mean bringing my best to the Foundation office, or as a board member of the Pregnancy Help Center.  Wherever I’m going, whatever I’m doing, I carry with me a pocketful of “W’s”.  If that’s all I have, then that’s all I have to leave behind, and all I have to bring home.  I give it my all.  I give my best.

And though I gave it my best that day on the kickball field, the other team was simply better.  The victory belonged to my brother’s team, despite the barrage of unmerited smack talk and photo-op plays.  But I was unscathed and unashamed.  Though it wasn’t a literal victory, it was a moral victory of sorts.  Why?  Because we gave it our best.  We had nothing to hang our heads over when the game was done.  We played like winners.

What’s in your pocket?  Are you leaving “W’s” wherever you go?  Are you like Miss Prudy, giving it your all?  Whatever you do today, do it on purpose.  Walk away a winner.  Even if it’s just a personal battle, give it your best, and you’ll never be a loser.