Posted at 20:33h in A Message From Dawn, Uncategorized by tempadmin 0 Comments
0 Likes
Share 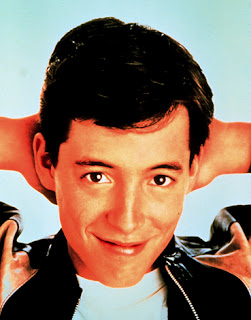 This just in…Americans cannot walk and talk at the same time. Shocking! As reported by the Associated Press today, the fastest growing type of accident in America is now officially labeled as, and I’m not kidding here, “distracted walking“.
Apparently, the trend for Americans to be hooked to the umbilical cord that we call cell phones has led to quadrupled visits to the ER and a spike in injuries and fatalities in the past 7 years.
But, as my husband would say, “Are those really accidents or are they ‘on-purposes'”?
Some of you may know that my husband is a police officer for the City of Marion. As an officer who serves and protects, he has helped numerous people that have had car accidents. Some young, some old. Some serious, some minor. All accidents!
As you can imagine, it’s quite often that people are upset, shaken-up, and even emotional. After all, the average weight of a car in the United States is 2 tons (4,000 pounds). So, smashing one 4,000 pound metal object into another 4,000 pound metal object at any speed is somewhat distressing.
That’s when my husband tells them, “Don’t worry. Just be thankful you’re safe and sound. That’s why they call them accidents and not ‘on-purposes’.”
I thought it was funny the first time he told me that. Of course no one means to have a wreck. And, of course, ‘on-purposes’ isn’t really a word. But, it does make people laugh. And with that levity, there is sort of an emotional release that eases the tension of all involved. That’s part of what makes him a good officer.
But, ‘distracted walking’ accidents…really? There are reports of people walking directly into buildings, rolling into ditches, falling off curbs, and even being hit by those 4,000 pound pieces of metal. It’s embarrassing really, not the accidents themselves, but the fact that we can’t walk and talk at the same time. With an obstacle course of thousands of signs, lights, and randomly moving people and objects, we have to admit that these accidents occur because our mind is everywhere but where we physically are. So, how do we fix that?
Maybe we should try something a bit over-the-top to thwart off another spike in ‘distracted walking’ in 2012. What if we all made a pact to engage in some “on-purposes”? Some of you may choose to actually wave to someone you know or even stop and chat. Some others may actually decide to stop and smell the roses, literally. Some other wild and crazy people might choose to perform a Random Act of Kindness by pulling a weed or picking up litter or opening the door for someone.
There’s a lot to see and feel and smell and hear in this world. And as the great philosopher Ferris Bueller once said, “Life moves pretty fast. If you don’t stop and look around once in a while, you could miss it.”
Let’s not miss it…on purpose.
Share
Tweet
Share