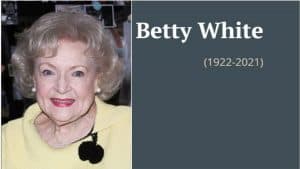 “Some people swear there’s no beauty left in the world, no magic. Then, how do you explain the entire world coming together on one night to celebrate the hope of a new year?”, so says Hillary Swank as Claire Morgan in the movie New Year’s Eve. I’m a sucker for a rom-com, but an ensemble rom-com like this one, wherein the characters intertwine in each other’s lives, weaving a tapestry by the end of the movie that makes you feel like you’re wearing your most comfortable weekend sweats. All the plots, literally, twist! Ahhh, it just makes you feel so good. And, if you’re anything like me, you’ve needed to call in the reserves lately for all things that bring tidings of comfort and joy. Thus, why I just adored everything that Betty White, the classic girl next door, ever did. She was like a hug wrapped in laughter—an amazing combo, don’t you think? And also why it was so heartbreaking to hear that Betty died on New Year’s Eve—can we just call this National Betty White Day from now on? She would have celebrated her 100th birthday on January 17, 2022. 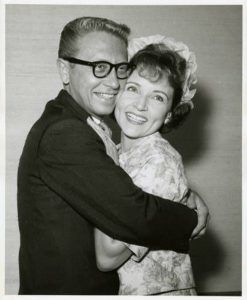 As these two plots twisted in my mind, I wondered how Betty White might answer the age-old question that Josh Duhamel, as Sam, asks at his company’s New Year’s Eve party in the movie, “What would you do today if you knew you would not fail?” So, I Googled it! Because I believe great wisdom can be garnered from someone who was raised during the Great Depression, witnessed the Civil Rights Movement in its entirety, was around for Martin Luther King Jr.’s ‘I Have a Dream Speech’ and John F. Kennedy’s assassination a mere three months later. She also experienced her own deep personal loss when the love of her life, Allen Ludden, passed away after 18 years of marriage—even after 40 years, she never married again. Betty was around for prohibition, Pearl Harbor, the construction of the Empire State Building, the very first Super Bowl, and the inaugural Miss America Pageant. She loved. She lost. She saw war. She saw peace. Let’s face it, even before 2020, with the pandemic and enough political unrest to last a lifetime, Betty saw some stuff. And she literally lived to talk about it. So, if you might happen to be feeling somewhat like me these days, a bit more Lifetime than Hallmark, a little more hopeless than romantic, or filled with many resolutions without nary a revolution, perhaps we can learn together from one of America’s most down-to-earth gems, Betty White. 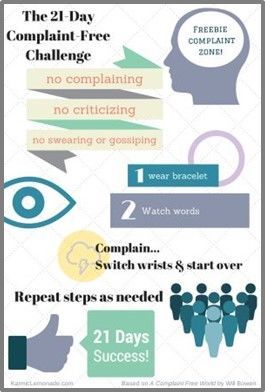 AxN28D+ (Ax + N + 2 + 8 + D+ à) Accentuate the Positive. You’ve likely noted this at the end of our eNewletters for years—because it’s an important reminder. White, too, cautioned us to stay positive—we realize that some years this advice is harder to take than others. However, it might be during years like the last couple that it’s even more vital. Some people can indeed find a problem in every opportunity, while others can find an opportunity in every problem. When you get to choose—be like Betty. 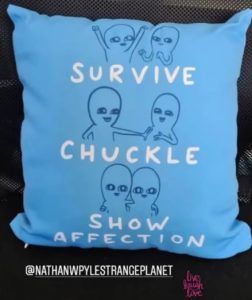 Take the ‘Complaint Free Challenge’. In 2006, successful salesman, Will Bowen, challenged 250 people to halt all complaining for 21 straight days. He ordered simple rubber bracelets in purple and advised them to switch the bracelet wrist-to-wrist until a full 21 complaint-free days was completed. It’s certainly a practice in mindfulness and, perhaps, mouthlessness. Apparently, White knew the whole ‘if you can’t say something nice, don’t say anything at all’ motto—be like Betty.

Survive, Chuckle, Show Affection—that’s how a Foundation fave, Nathan W. Pyle from Strange Planet, puts the classic Live, Laugh, Love maxim. Betty White had been a comedienne her entire career—so I’m sure she would have happily prescribed laughter as good medicine. She also knew the pitfalls of taking yourself too seriously—laughter is a terrific antidote when it comes to this. Things are heavy these days—the news, the pandemic, and even social media…which I would argue isn’t very social these days. Betty believed laughter helped—be like Betty.

Generosity rules. It’s true. We couldn’t agree more. Many folks would say that there’s something to be said about keeping your mind active. They might even say that there’s something even better to be said by focusing on things besides yourself. Generosity is like Vitamin G. Find something you love and invest your time, talent, treasure, network, and knowledge in it—it keeps you active, it keeps you young. It’s like the charitable foundation of youth. With that in mind, White volunteered at the San Diego Zoo for over 40 years. She was an avid animal lover, who said, “I often say that I have to stay in show business to pay for my animal business — true — but it is truly a joy to work with and for animals of all shapes and sizes”. That’s what living in abundance looks like, friends—be like Betty.

And for all of you struggling with your New Year’s diet resolutions this week, you might find it interesting to note that White appreciated the not-so-fine dietary duo of vodka and hot dogs, self-admittedly, in that order. While I can’t necessarily recommend either for its health, I do know many Hoosiers, now living in other states, who wish they could buy an Eckrich hot dog. As far as vodka goes, I think we might want to stick with shots of the vaccine variety, but I digress. What we know for sure is that White wasn’t a woman of excess in any way, shape, or form—be like Betty. 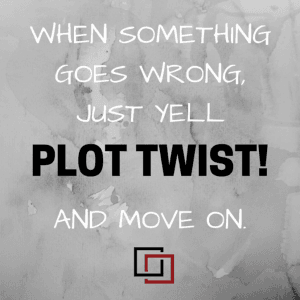 As these plots continue to twist and the tapestry is nearly woven, Claire Morgan nailed it again with the following New Year’s epilogue, “And as you all can see, the ball has stopped halfway to its perch. It’s suspended there to remind us before we pop the champagne and celebrate the New Year, to stop, and reflect on the year that has gone by, to remember both our triumphs and our missteps, our promises made and broken, the times we opened ourselves up to great adventures…or closed ourselves down for fear of getting hurt, because that’s what New Years is all about, getting another chance. A chance to forgive. To do better. To do more. To give more. To love more. And to stop worrying about ‘what if’… and start embracing what will be. So, when that ball drops at midnight…let’s remember to be nice to each other, kind to each other…not just tonight but all year long.” In other words, be like Betty.