Posted at 14:03h in A Message From Dawn, Home Featured by Shelly Jones 0 Comments
0 Likes
Share 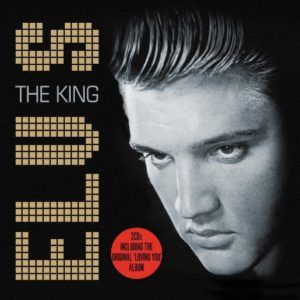 She was feisty. No one would argue that fact. Well, they could try, but they wouldn’t win. I think it must run in our family. The feistiness. Or maybe that’s just what feisty people say. No matter what you call it, the stories are worth remembering and, I think, repeating. Her name was Elvie. Not ElviS, as in the King of Rock and Roll. But ElviE, as in the Queen matriarch of our family. She was as beautiful as she was bold. As an adult, I totally get her—she made things happen. As one of her grandkids, I was occasionally mortified. I know my cousin Cathy remembers well, ‘that one time’ when we were nine-years-old, following our grandma to the back of Kmart. Elvie was in Indiana visiting and took us ‘into town’, as she called it. Her mission that day was a new set of pots and pans for my mom. Chances are my mom didn’t even know she needed a new set of pots and pans. But, Elvie thought she did, so it was happening. However, since grandma wasn’t from Grant County, she didn’t know the layout of the store, so she was having some difficulty locating exactly what she needed. As anyone would, she walked over to a Kmart associate to get some help. Being a southern lady, she was nice…at first. She was always nice at first. She walked up to the first person she could find with the Kmart-embroidered vest and confidently asked her question. But, she got no answer. Cathy and I began to worry. Where the simple answer should have filled the air, there was only a blank stare. I can’t tell you if the associate was new.

I can’t tell you if she didn’t know the answer. I can’t even tell you if she simply spaced-off and didn’t hear the question. But, what I can tell you is that, even at the age of nine, Cathy and I knew this was not good. After what seemed like an eternal 30-seconds of silence is when it happened. Elvie had waited long enough. Patience might be a virtue, but it was not hers…at least not on that day. She took one step closer to the associate and, gently, (I feel like I need to emphasize that word so it doesn’t sound as bad as it’s gonna sound) gently, knocked on her head. Yep. In good, old-fashioned, Tony Orlando and Dawn Knock-Three-Times-style. She literally knocked on this Kmart associate’s head, asked her question again, and waited for an answer. To be honest, I can’t tell you exactly what happened next. Why? Well, after the first knock, Cathy and I ran and hid one aisle away, behind a tall shelf of towels and washcloths. Embarrassed was an understatement. But, that was classic Elvie. She was feisty. But, she got stuff done.

I think about this story often when I’m in THE ROOM WHERE IT HAPPENED because I’m there at least once a week. And, no, it’s not Kmart in Gas City. This place used to be Marion’s Kmart, but today it’s what Grant Countians know as the Tree of Life/The Abbey. In the Hamilton song, The Room Where It Happens, Lin-Manuel Miranda writes:

The art of this trade was only truly known by this speechless Kmart associate and our grandma. Cathy and I were in the room where it happened, but we watched from afar to ward off as much embarrassment as possible. We left Kmart that day with two things, (1) a set of pots and pans, and (2) a good story. And, if truth be told, Elvie was known by all to have mastered both. Ah, good times.

All these K-Mart memories came flooding back last week as my friend was renting a car in Tampa and told me that she got an upgrade deal that was simply too good to pass up. I immediately said, “Oh, wow, you got a blue light special!” I have no idea why that old, pop culture phase came to mind so readily. But, that used to be a well-known phrase. One second, you’d be shopping for pots and pans and the next second you’d hear a bellowing voice over the public address system say, “Attention, Kmart Shoppers!” That’s when everyone in Kmart would literally stop in their tracks to listen. Why? Because this was often followed by a notification of their famous, random sales known as “BLUE LIGHT SPECIALS”—and we loved them! Since 1965, “BLUELIGHT SPECIALS” occurred at surprise moments when a store worker would light up a mobile, police-type, blue strobe light to offer a special discount in a specific department of the store. It was like a coupon combined with the lottery, because you only got ‘the deal’ if you were in the store shopping at the time of the BLUELIGHT SPECIAL. If you showed up five minutes after the blue strobe light was rolled away, there was no discount for you. It was marketing genius and if you missed it, you missed out.

Although BLUELIGHT SPECIALS have been offered, off and on throughout the years, in Kmart’s all across America, I would venture a guess that most millennials aren’t familiar with them. It’s too bad. It was really fun to experience them as shoppers from all over the store flocked to the blue light like moths to a flame. I can’t quite explain it, but it sort of felt like shopping was a sport and scoring a BLUELIGHT SPECIAL was like a game-winning buzzer beater in the big game.

I’ve had that same excited energy more than once recently as a couple of different projects have come to fruition in a way that made me feel like we scored a great deal and won some kind of lottery—our very own, self-made BLUELIGHT SPECIAL.

I hope you’re all familiar with our Thriving Families, Thriving Grant County collective impact initiative. Although the planning for this effort began in early 2016, it wasn’t until July of 2017 that Executive Director Cathy Weatherspoon was hired. The Community Foundation and nine other funders (100% of those we asked) have supported this initiative in many ways and were excited to hear about the progress made at their first annual meeting. The passion shared from the grassroots leadership of several workgroups was incredible. The 1038% financial ROI was unbelievable. I hope you’ll take five to review their first annual report and celebrate some of their wins, both big and small. It’s impressive. 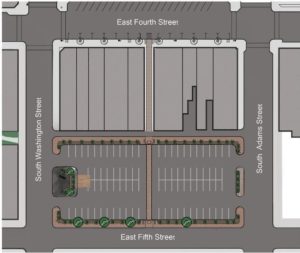 One additional victory that has happened even since this annual funder’s meeting came from the Thriving Quality of Life and Place Workgroup. This team applied for—and won, a chance to get a dollar-for-dollar matching grant from IHCDA. In 30-days’ time, they would receive a grant for $27,000 IF they could locally raise an additional $27,000 to create a gathering place for Grant County citizens in the downtown Marion 5th Street Commons. Not only did they meet their goal, but they exceeded it! Thanks to this team of volunteers who passionately care about the quality of life in Grant County, we will soon have a community space away from the highly-trafficked and noisy downtown square. The 5th Street Commons will host performances, farmer’s markets, fairs, First Fridays, and many more community-building events. By day, you’ll see a beautified parking lot; by night, you’ll see a place for good, clean, family fun—and I could not be happier for their success thanks to 98 generous donors.

Although all of this is good news, it gets better. If you would like to be part of this kind of community-building work, you can be in the room where it happens! Just contact Cathy Weatherspoon at Cathy@ThivingGrantCounty.com and let her know you’d like to help. Year two of implementation awaits and they want you to be involved. 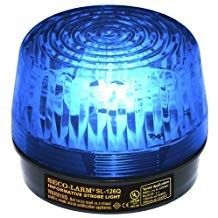 Elvie would have loved Thriving, I just know it. It’s bold. It’s beautiful. And, in the end, stuff gets done. If you’re feisty, that’s a beautiful trifecta. If you’re Kmart, it’s a BLUELIGHT SPECIAL. Either way, it’s much-needed progress for Grant County.

You can learn a lot from the BLUELIGHT SPECIAL. Everyone was required to be in the room where it happens, if you weren’t there you didn’t get in on the deal, and those who were there all took advantage of the same deal at the same time.

It’s such a great metaphor, I might even need to get me one of those iconic BLUELIGHTS as a reminder. It’s only $10.99 via Amazon Prime and I didn’t even have to knock on anybody’s head to find it.