Posted at 13:25h in A Message From Dawn by Shelly Jones 4 Comments
0 Likes 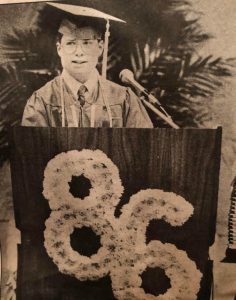 Our oldest son, Griffin, was studious from the womb. I recall him installing his own small software game from my lap at age 3. He has just always had a mind like that. The love of learning is just in his DNA. So, it was a huge hit to his ego when he got his first Report Card ‘B’ when he was in 3rd grade. Luckily, he recovered from that blip in the radar and ended his public school career as Valedictorian of his high school. It was a truly proud mom moment.

But this story isn’t about Griffin, it’s about my friend Dave Huffman. I knew Dave since 6th grade. We spent several years of school together, and when I say together I mean we were in all the same classes. I worked hard for my grades, but Dave was naturally smart.  It just came easy to him. In fact, his mom was also a Valedictorian of our high school, so he came from good stock.

Dave and I often talked about the last week of our high school careers when the Valedictorian spot was in a two-way tie. It was a dead heat between Dave and one of the twins from our class. He vividly remembered that she was invited to Indianapolis to represent our high school as the Best in Class and he wasn’t all too happy about that.

Then, the last week of our senior year Dave and the twin took their final final exam in Chemistry. It was that test, and that test only, that separated the Valedictorian from the Salutatorian. Dave stuck his nose out ever so slightly over the finish line and by a mere fraction solidified the Valedictorian spot for our class and became the second one to do so in his family.  What a tradition to carry on that was! 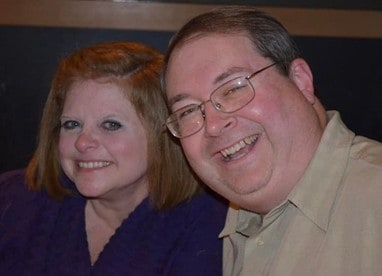 So, when Dave heard that Griffin was also going to be the Valedictorian, he wanted to take him out to celebrate—at Hooters! Seriously, I can’t make this stuff up! He said, ‘Come on! He deserves to celebrate this big accomplishment and I have a gift card for Hooters!’ Well, if you knew Dave, you knew that he always had a gift card or coupon that was about to expire. You also knew that he loved food. And I mean he really loved food. I remember attending a Youth for Christ Banquet with him one year and I watched him pick the table he was going to sit at, and his chosen seat based on the dessert he wanted. He then proceeded to lick the top of his pecan pie so no one would be tempted to take his dessert! He was a character, that one!

Anyway, when he boldly said that he wanted to go to Hooters because of the gift card and because they have the best wings around, I believed him. Dave never joked about good food! Ironically, this pic of me and Dave was taken at BDubs, where we were eating wings!

Needless to say, I have tons of great memories I could share about Dave. He was funny, with a super dry wit. He was generous, but kept that a huge secret. He was kind, but definitely never wanted that rumor to get around or it could ruin his curmudgeonly reputation. I always said that Dave was either the youngest old guy I’d ever met or the oldest young guy I’d ever met—I never knew which. But he was an old soul, to be sure.

So, suffice it to say that I was both crushed and grief-stricken when I received a call from a local leader and donor who told me that Dave had unexpectedly passed away that morning. I still find it hard to believe. He was my friend. He was my age. I’m still heartsick when I remember that he’s really gone.

And, unsurprisingly, I’m not the only one who felt that way about Dave. Dozens and dozens of people loved Dave. And our community will never be the same without him. I can still hear his voice in my head and his dry wit asking me to do something and then following it up with, ‘Chop, Chop’. 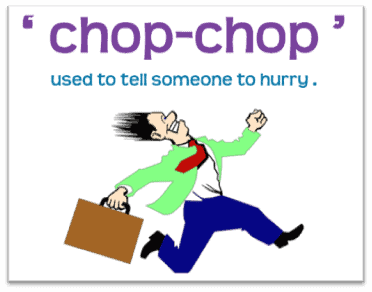 So, this blog is in memory of my lifelong friend, P. David Huffman. He left us far too soon but made the most of his time on earth by serving others so generously with this time, talent, treasure, knowledge, and network.

And in his memory, a large group of his friends banded together to start the P. David Huffman Memorial Fund that will serve our county for generations as it will be used for grantmaking across the community—not altogether different than Dave who served in so many roles locally, far and wide. And because we’re celebrating the Community Foundation’s 38th Birthday, all donations to Dave’s fund will be matched $1 for $1 between now and September 30, 2022. So, it would be an honor for Dave and an immediate 100% return on investment for your generosity. All donations can be made at www.GiveToGrant.org/Huffman or by mailing a check to the CoFo at 505 West Third Street, Marion, 46953 with Huffman written in the memo line of the check.

If your life crossed paths with Dave in his numerous community service roles, I hope you’ll consider donating to his fund set up by his friends. I’ve already donated and have enjoyed seeing donations come in from my high school classmates—nearly 40 years after graduation and people are still lovingly remember Dave through their generosity.

And if you didn’t know Dave, he still has a lesson for you. Do not pass go, do not collect $200 until your will is in place with an attorney. Dave was young. And you never know what tomorrow may bring. Take care of your family, your loved loves, and your favorite charity. As Dave would say, ‘Chop, Chop’!