I’m Not Afraid to Die on a Treadmill

22 May I’m Not Afraid to Die on a Treadmill

Posted at 14:04h in A Message From Dawn by tempadmin 0 Comments
0 Likes
Share 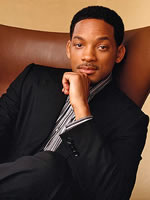 I read this weekly eNewsletter by Jon Gordon called Positive Strategies to Fuel Your Life and Career.  Who wouldn’t want to read that, right?


Well, this week, Jon asks us, “So, what does Will Smith have to do with you?”

This really caught my attention because lately I can’t stop listening to the MIB3  (Men in Black 3) soundtrack Back in Time by Latin rapper Pitbull. I know, I know…I probably didn’t strike you as a Pitbull fan, did I?  I’m a bit surprised myself, but it’s a catchy tune.

In his article Gordon says that Will Smith was once asked by an interviewer how to explain his success.  Smith replied, “I’m not afraid to die on a treadmill.”

Ok, not your anticipated reply, but intriguing.  Smith goes on to say that people may be more talented, smarter, or better looking than him, but if you get on a treadmill together you WILL (no pun intended) get off first or he’s going to die.

You see, this is what Will Smith knows for sure…he knows that he cannot be outworked.  His strong work ethic is the one constant in his life and he attributes all of his success to that one thing.

So, what’s the moral of this story?  Well, obviously Will Smith believes that hard work pays off.  And he has a good track record to prove just that.

But, ultimately, I believe it has a charity moral as well.  You see, just like it’s not always the most talented, smartest, best looking actors that make it in Hollywood, it’s also not always the one with the most well-known last name, the professional athlete with the biggest contract, or the business tycoon that is the most generous.  Sometimes it’s just the people that care the most.

And when you really care about something, you give your time, you give your expertise, you share your experiences, and you donate financially to make a difference.  In other words, you will die before you give up and get off of that treadmill.

What do you care about that much?

Something to think about,