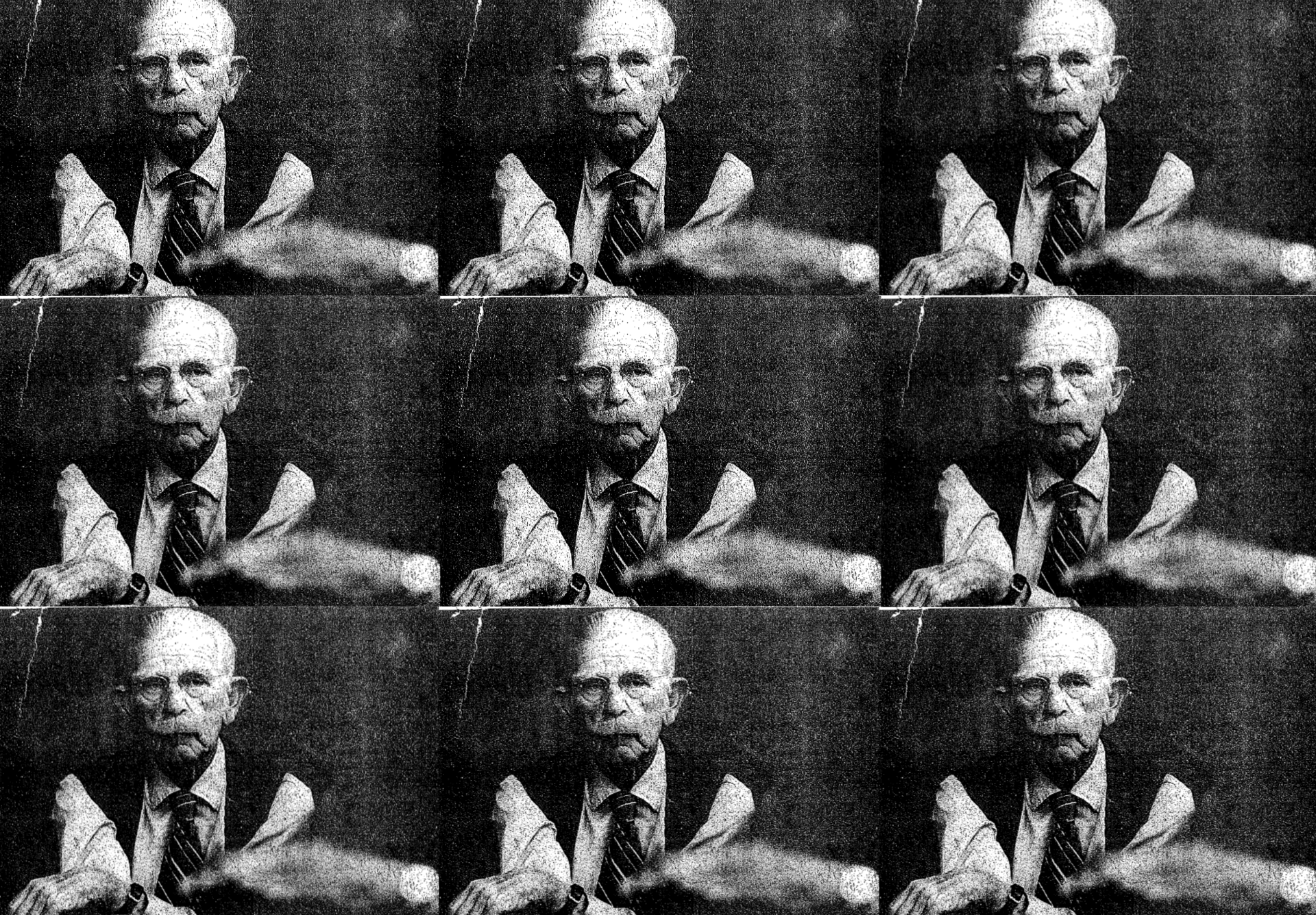 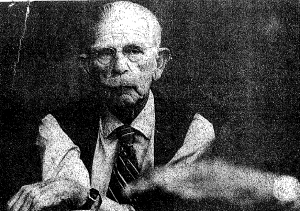 One of Marion’s most prominent and least public businessmen, gave a gift in 1981 that keeps on giving.

Merlin J. Loew, who owned several major parcels of property in downtown Marion and farmland east of Marion along Ind. 18, had lived in Marion since 1944, and in later years spent several months each year in Florida. When in Grant County, he lived east of Marion on Bethlehem Road.

“Merlin Loew always wanted people to think he was a curmudgeon, but he was really a sweetheart,” a friend of Loew’s said at his funeral.

He had the visage of an elderly character in a classic 1940 Hollywood movie. Deep lines poured from the corners of his mouth and curved around his jawline. A full sweeping white mustache draped over his lips and gave prominence to high cheekbones. Clark Gable ears were perched on the sides of his head and accentuated the thinness of his face.

But he was no Hollywood actor, he was an entrepreneur, a businessman, and some financial observers said he left one of the largest estates in Grant County history.

Loew came to Marion from Chicago in 1944 on a temporary assignment as an efficiency expert with the Osborn Paper Co. Since he was merely a visitor, he took a room at the Spencer-Hotel. He met the hotel’s proprietor, Mrs. Mary Elizabeth Moore Spencer. Known as “Mayme,” Mrs. Spencer was the widow of Robert J. Spencer, a Marion man who had inherited the towns’ grand hotel and owned several large pieces of real estate.

Before the year was out, the two were married.

Mrs. Loew became ill while on a world cruise in January, 1951, and she never fully recovered. “She was in the hospital for more than a year and he was with her every night,” said Donald Stier. Stier retired as manager of the Marion Sears Roebuck and Co. store. Loew owned the building at Fifth and Adams streets which housed the Sears store. “No man would stay like that with a woman unless he truly loved her.” She died in March, 1960 at the age of 79.

As Mayme had done when Robert Spencer died, Loew took charge of her financial holdings, including the Spencer Hotel. The hotel became the county office building.

As he had done during their marriage, he invested the family holdings and made even more money.

Loew loved the world of money and real estate. But, according to those who knew his reclusive personality, he enjoyed the dealing and talking as much as he appreciated scooping up the financial rewards.

He told with some glee of the need for being face-to-face with people making key financial decisions, and he would recount an episode in which he said he flew from Fort Wayne to New York to London and back in one day in order to be face-to-face with a central figure of the Rolls-Royce motor company before investing money in the development of a Rolls-Royce airplane engine.

He loved to talk business even if it headed nowhere. The one thing he demanded was an opinionated person to talk to. His public appearances were generally at a table in one of two or three local restaurants in the early morning. He would chat as amiably with waitresses as with bank presidents.

“He liked to give you hell all the time,” said Jake Weinberg, who knew Loew since Loew’s arrival in Marion. “If he thought he had the advantage on you, he took it. But he liked people who talked back. He hated a ‘yes man.’”

Stier remembered his landlord as being gruff at the initial encounters. “He was a very aggressive businessman. I think a lot of people misunderstood that.”

“He could appear to be a little distant, but mostly that was because of a poor memory for faces. His amazing memory for names and dates failed him when it came to faces,” an associate in the financial world said at his funeral.

For as long as he could get away with it, Loew would pull any listener’s leg with stories and statements that forced a listener to keep on his toes or else face the prospect of being humiliated when it became clear Loew was mixing fact with fiction.

Loew loved the rewards of his efforts, especially his home on Bethlehem Road which was surrounded by several hundred acres, and includes several lakes stocked with marine life.

“He was a gentleman farmer,” said Frank Maidenberg, who enjoyed a business rivalry with Loew. “He liked to get on his tractor and work in his field. You could see the pretty rolling hills and ponds he put in.”

Loew was generous and gave away some of what he gathered, Weinberg said. At least 25 years ago, he gave land for parking lots to Marion General Hospital on Wabash Avenue and the First United Methodist Church at Seventh and Adams streets. He donated the World Gospel Mission’s original location at Fifth and Boots streets, and he made the initial $6,000 down-payment to allow then Marion College to buy its new athletic field. Loew served in the Navy during World War I, was a member of the First United Methodist Church, Methodist Men, and the Van Buren American Legion Post.