Posted at 10:56h in A Message From Dawn by tempadmin 0 Comments
0 Likes
Share 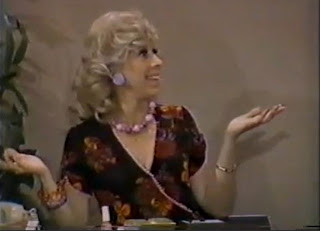 When I was a kid there really was nothing funnier than an episode of The Carol Burnett Show.  I loved the bits with Mrs. Wiggins and Mr. Tudball.  Tim Conway played the uptight Swedish-American boss, Mr. Tudball, who desperately wanted to run a professional office, but was constantly tested by his indifferent secretary, “Mrs. Ah-huh-Wiggins,”as he would say.  It makes me laugh just thinking about his accent and how he’d pronounce her name!

But, as usual, the one that really stole the show was Carol Burnett as Mrs. Wiggins.

The major source of hilarity was the constant lack of real communication between the two of them.  It seemed that the more Mr. Tudball tried to explain something, the less Mrs. Wiggins actually understood.  All that talk via their *new* intercom, yet so little action by Mrs. Wiggins.

But, today in 2012, we have a very different example…Mr. Wiggins.  And, I’m talking about the Tour de France yellow jersey leader, Bradley Wiggins.

As you may have heard, this past Sunday there was sabotage at Stage 14 of the Tour de France.  Apparently some spectators threw a myriad of tacks onto the path of the speedy cyclists causing nearly 30 riders to endure flat tires and even eliminating one rider completely due to a broken collar bone.

Why someone would do such a thing is certainly something to ponder, but that’s not the story.  The story is that of Tour leader, Bradley Wiggins, now being hailed as ‘Le Gentleman’.

Wiggins said, “So many guys punctured at once, it became quite apparent very quickly that something was up.”  And, in the crowd of punctured tires and competitors down for the count was the Tour’s defending champion, Cadel Evans.

This was it…Wiggins had his chance.  Evans was down for minutes without a tire replacement and Wiggins, as the current leader, could not only win this leg of the race, but eliminate his chief rival, Evans.  But, Wiggins did something else; something remarkable.

With few words and bold action, Wiggins slowed down.  He led his team, Team Sky, to a slower pace and encouraged the rest of the peloton to do the same.  Wiggins stated after the race that he didn’t want to benefit from the misfortune of others, mainly Cadel Evans.

So, keep your eye out for Bradley Wiggins.  He remains the favorite to wear yellow down the Champs-Élysées next weekend, but at least defending champ, Evans, now still has hope of challenging him in the Pyrenees Mountains this week.

So, I guess it all boils down to actions speaking louder than words.

That old adage holds true in philanthropy circles as well.  In a recent Millennial Impact Report on giving, 92% of Millennials surveyed said they gave to non-profit organizations in 2010.  Yet, non-profits reports that less than 5% of their donors are under the age of 35.  How can that be…those numbers just don’t jive.

The report indicates the discrepancy is that the 93% of surveyed Millennials said they gave to nonprofit organizations in 2010; but what they said is not actually what they did.
It’s really pretty simple…there are two kinds of people, Mrs. Wiggins and Mr. Wiggins.  Which one are you?