Posted at 20:14h in A Message From Dawn by Shelly Jones 1 Comment
0 Likes

Michael Jackson didn’t invent the moon walk, Neil Armstrong did…literally. And when Armstrong said, “That’s one small step for [a] man, one giant leap for mankind” in 1969, he had no idea what an understatement that would turn out to be.

For that generation, fellow space travelers Armstrong and Buzz Aldrin proved that the moon wasn’t made of cheese, fulfilled the promise of deceased President John F. Kennedy to put a man on the moon, and opened a world (pun intended) of opportunities.

Although rocket scientists, they didn’t realize they started a revolution. A revolution of possibilities never before imagined. If men from the planet Earth could achieve what many thought to be impossible, what was stopping us from, well, just about anything?

You don’t have to look any further than the graduating class of 2022 to realize how ginormous that leap for mankind really was. They were born in 2004 on Earth, yet cyberspace is the only way of life they’ve ever known. 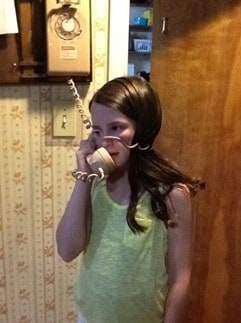 The average high school senior has never had to fold a map, use a payphone, a phone book, or rent a video from Blockbuster and rewind it before returning to avoid a surcharge.

The next millennium will lie in the hands of a future President of the United States who has never twisted a coiled phone cord around her arm while paying long distance on a land line.

It’s a good possibility that in 2030 our Indiana Governor won’t even know what bound encyclopedias look like, what it’s like to live without rolling luggage, (Yes, kids, we used to actually carry our luggage!) or remember a time before January when M&M rebranded and they all got new shoes. As a sidebar, a spokesman for the revamped footwear said it’s “a subtle cue, but it’s a cue people really pick up on,” he added, noting that Mars gets a lot of feedback on the characters’ shoes. Really? Really!? Let’s pause for 15 seconds to let out a collective sigh and roll our eyes back into our heads in exasperation. But I digress.

Although our future mayor will have a television with more than three major networks, he will likely prefer to be a streamloader—binging off his parent’s subscription. And, although he’ll be well-read, Amazon will be his bookstore of choice—going to a physical bookstore is so 1900’s…even if it was 1990.

Obviously, as Bob Dylan wrote, “Times, they are a’changin’”. Sure, maybe cyberspace has supplanted outerspace in the minds of high school seniors. But both were important.

Last month, we launched our newest Annual Report and our theme for this year—Space: A Philanthropic Frontier. It’s always a privilege to keep a historic record of the philanthropy in our Grant County community. And it’s a good reminder that as much as times do change and technology keeps progressing, the generous spirit of our community transcends the space-time continuum, knows no bounds, and is alive and well in this place we call home. 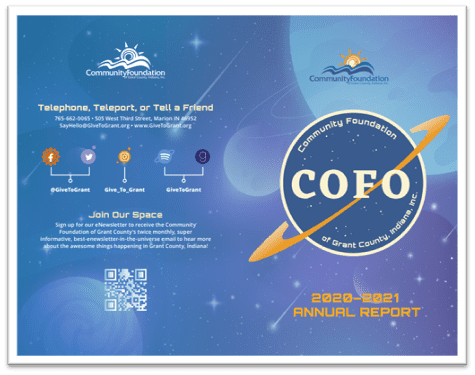 Let’s face it, the moon landing was awesome because it turned science fiction into reality. A true game changer. It was the end of the world as we knew it. It was a tremendous gift that NASA gave the world. A gift that made the world better in 1969 and continues to make the world better today—just like donations to an endowment at the Community Foundation. The ripple effect never ends. 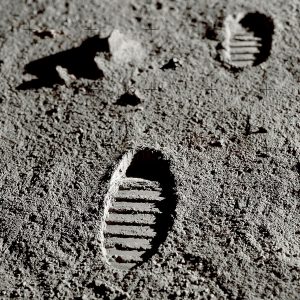 And so here we are. It’s our turn to leave a gift. What will your legacy be in our hometown, your county, your state? The time has come to put some serious thought into it—and we can help you.

In 1947, Neil Armstrong entered our very own Purdue University as a freshman. He was thinking about his legacy then. Thousands of seniors will begin college this year and they’re seriously thinking about it now.

Let’s be intentional, fellow philanthropists. What can we do now that will make a difference in 50 or 100 years like space exploration has? How can your Community Foundation help you achieve that goal? The time is now. The sky is the limit—especially when you know we have footprints on the moon.