Posted at 09:12h in Grant County Community Corner by tempadmin 0 Comments
0 Likes
Share
“To be trusted is a greater compliment than to be loved.”  -George MacDonald 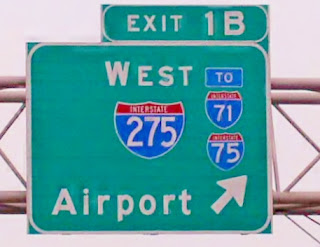 Last weekend, the fam and I made a trip to Ohio for my cousin’s graduation open house.  It’s neither a small trip nor a short trip, I observed, as we loaded cousins and brothers and friends into two vehicles, filled up on gas and essential travel snacks, and started South on I69 around 9 o’clock Saturday morning.  Four hours one way, a three hour visit, and four hours back home.  Crazy’s not something we pride ourselves in, but every now and then, we just can’t contain it.  Wanderlust, youth, a sense of adventure, or maybe just a misconception of how uncomfortable an eight hour drive is, will find us making the trip about every other year.

Often on long trips, I ride in the car with my younger brothers and we occupy our time with Gaither Vocal Band tryouts, each of us choosing our part for those GVB classics we’ve sung since infancy, and giving passing cars something to point and laugh at as my brother conducts the rise and fall of the music in the passenger’s seat.  But this time, I was driving the lead car, Mom was riding shot-gun, and my bestie was in my back seat.  My brother was following in his own car, full of teenage boys.  My brother was following me.  I know I just said that, but it’s worth saying again because my brother didn’t have to follow me.  With GPS, and smartphones, and Mapquest, knowing how to get somewhere is as easy as knowing where you’re going.  My brother had all of those things available to him.  He chose to simply follow my lead.  So when I missed my exit by 30 miles, so did he.

Missing my exit was easy enough.  I was looking for a highway sign that didn’t exist.  I was convinced I275 would tell me when to get off at Eastgate.  It didn’t.  And as I passed the Eastgate Mall (not knowing it was the Eastgate Mall), I began to question myself.  I even had my mom call Dad to make sure I was looking for the right exit.  He named a couple of other towns that might be on the exit, and so we began watching every sign.  But it was already too late.  As the signs started to tell us we were heading west toward Indianapolis, my brother finally called to inform me that we had missed our exit long ago.  GPS, a call to my uncle, and common sense confirmed the fact that we were heading in the wrong direction.  My first frustrated question?  “Why didn’t he call me thirty miles ago?”
Trust is a funny thing.  It’s not always founded in truth.  Often, it’s based on a set of beliefs, convictions, even faith.  As my brother, and everyone else in his car, began to sense that I was misleading them, they didn’t stop and pull over.  Though they checked and rechecked the GPS, made a hasty phone call to my uncle, and observed all the road signs that were telling them they were heading the wrong way, they didn’t just get off at the next exit.  Only once they had been assured and reassured that I was confused, did they finally call to deliver the bad news.  They were willing to follow me even when their logic, outside sources, and truth itself was telling them otherwise.  And the gravity of that responsibility extends far beyond convoys and interstates.
Who’s following you?  Maybe you’re a mentor, or a teacher.  Maybe you’re a big sister, or a mom.  Perhaps when you think “follower,” your mind goes straight to Pinterest or Twitter.  Or maybe you’re like me, just trying to make a trip to see family and suddenly responsible for nine people because you happen to be the car in front.  You really don’t get to choose who’s following you, you only get to choose where you lead them.  So maybe the better question is:  Who’s trusting you?  What decisions are you making today that will lead others in your footsteps?  Good or bad?  By accident or by design?  What are you doing that others will mimic?  What kind of legacy are you leaving behind?  Like it or not, today you are a role model.  Are you a sayer or a doer?  Are you a giver or a taker?  Every decision counts.  And though you may, at times, make less-than-stellar choices, lead people in the wrong direction, find yourself deceived, or simply miss an exit, I believe that you can never steer so far off course that you’re next decision can’t be a good one.  You are never so lost that you cannot be found.  Today is a great day to live big and give big.  I believe it.  I trust in it.  Do you?
Share
Tweet
Share