31 May Stop. Collaborate and Listen.

Posted at 09:17h in A Message From Dawn by tempadmin 0 Comments
0 Likes
Share 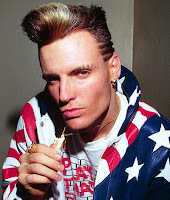 The Community Foundation has the privilege of being a leader and a neutral convener in Grant County.  This means that we get to work with some of the coolest people around these parts.  No, seriously these people rock.

I was reminded of this at our recent Annual Meeting when Vectren Foundation President, Jeff Whiteside, told the audience, “You’ve got something special here.  I hope you know that.”  I believe he’s right.

Just in the past week, I’ve had the opportunity to work with a group that has weatherized over 100 homes in 4 months and another group that is working on proactive ways to address local poverty issues.  I got to sit in on a strategic planning session for the YMCA, one of the largest non-profits in Grant County that’s thinking toward the future.  Plus, I got to help with this amazing Summer Passport project for Pre-K through 6th grade students which is chock full of fun activities—all based on the 40 Developmental Assets.

It’s truly incredible to know that so many positive things are happening in my our community.  Action.  Progress.  Impact.  Project Leadership Director, Tammy Pearson, and I used to say we wanted to “be a verb”!  We like to see things cross the finish line.

Recently, I attended a state conference for community foundations and heard Keira Amstutz from the Indiana Humanities Council speak.  Now Kiera is a verb if there ever was one.  The mere title of her speech inspired me: “If we don’t do it, who will?”

Good question.  As Vanilla Ice would say, we have to “Stop. Collaborate and Listen.”  There is no ‘they’.  It’s us.

Do you want graduation rates to improve?  How about improving economic development?  A reduction in crime?  Well, stop talking about it and find out how to collaborate with and listen to others who share your passion.

On a recent trip to New York City, our tour guide recited this Theodore Roosevelt quote that is held in the American Museum of Natural History.  It takes Vanilla Ice’s “Stop.  Collaborate and Listen” sentiment to a whole new level.  It’s entitled The Critic and is one that I will be memorizing.

“It is not the critic who counts:
not the man who points out how the strong man stumbles
or where the doer of deeds could have done better.
The credit belongs to the man who is actually in the arena,
whose face is marred by dust and sweat and blood,
who strives valiantly, who errs and comes up short again and again,
because there is no effort without error or shortcoming,
but who knows the great enthusiasms, the great devotions,
who spends himself for a worthy cause;
who, at the best, knows, in the end, the triumph of high achievement,
and who, at the worst, if he fails, at least he fails while daring greatly,
so that his place shall never be with those cold and timid souls
who knew neither victory nor defeat.”
“Citizenship in a Republic,”
Speech at the Sorbonne, Paris, April 23, 1910
The Works of Theodore Roosevelt
Don’t spend your time with those cold and timid souls who know neither victory nor defeat.  Go out there and be a verb!
Peace and Blessings,
Dawn