That’s When It Started

08 Aug That’s When It Started 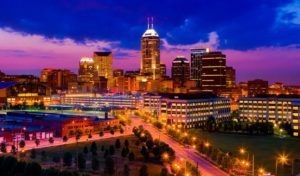 Eight years ago, my son’s baseball team had just played their final game of the season and we were looking for a way to celebrate their hard work all summer. In my normal go-big-or-go-home fashion, I had this wild idea that we should take the whole team and their families to an Indianapolis Indian’s game. You’ve probably been to an Indian’s game before—good, old-fashioned family fun. But, I didn’t just want them to go to see a minor league game, although I knew they’d love it. My hope was that they would get to experience some things most of this team had never experienced in their short ten years on earth. We don’t think about this much, but with 1 in 3 children living in poverty in Grant County, some of the team had never been outside of our county before. Not only had they not been to a minor league game, most had never even seen the skyline of a city like Indianapolis. Not surprisingly, they hadn’t done these kinds of things because there just wasn’t money for extravagant activities like this, which would be costly for an entire family. But, they were awesome kids and I was on a mission to figure out how to give them, and their families, a night of firsts—one they would never forget. That’s when it started. 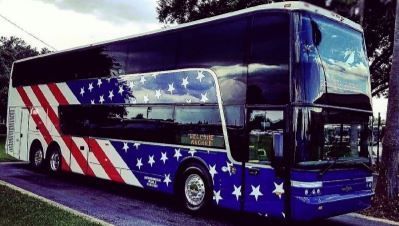 I spoke this dream aloud for the first time. And, my friends at Lightrider Ministries were on board from the beginning. You may have seen their double-decker bus around Grant County before. It’s huge and sleeps up to 30 people for long trips. Although it wasn’t their normal mission, they could easily transport many more than 30 on a quick back-and-forth trip to Indy. They were amazing and offered me a great rate for these kids to have a night that would go down in the history books. I called the Indian’s office and was able to get a group rate for the tickets, as long as we sat on the lawn in the outfield. Then, Subway offered us a great deal on a few six-foot long subs with all the fixin’s, to fill their pre-teen bellies. My husband is no stranger to me taking on such projects, plus he’s a sucker for giving kids positive, life experiences, so he agreed to pack up some coolers with gatorade and pop. The plan was coming together. Now I just had to figure out how to pay for this whole shindig. I’ve always believed that money follows vision. And this entire trip was about planting seeds of vision within the hearts and minds of these kids; seeds that would help them to dream bigger than they’d ever imagined. My prayer was that this night would be a Nat King Cole level of unforgettable—one that they would remember for the rest of their lives. That’s when it started.

My phone was ringing non-stop. I must have made 50 or more calls to my network of generous angels. They say it takes a village and I’m thankful that I have an awesome tribe of people who were willing to donate $25 here and $50 there to make this dream a reality. Next thing I know, this mammoth double-decker bus was parked in the Merker’s Parking Lot…bear with me, I still call it Merkers, Lances, and Deer Creek, old habits die hard. Cars started pulling in and the kids were wildly excited about the adventure and the fact that they could ride upstairs…on a bus. Packed in like sardines, we were heading south on I-69 giddily excited about all the surprises that awaited. That’s when it started. 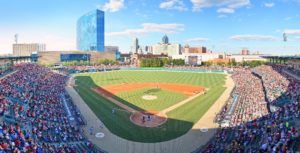 It wasn’t really rain, more like a torential downpour. I couldn’t believe it. Bus loaded, tickets purchased, food and drinks on ice…and no sun in sight. Like the sky, I also wanted to cry. But, the forecast said it was supposed to clear up in Indy, so we kept driving…well, driving and praying. By the time we arrived in Indianapolis, the rain has stopped enough for the kids to see the outline of the downtown skyscrapers from the distance. Try to remember when you saw your first cityscape. They were awestruck, too. When we arrived at the Indian’s field of dreams, the rain had cooled the hot sun and made the outfield look emerald green like a Norman Rockwell painting—I was speechless. That’s when it started.

The rain delay was announced as soon as we walked into the stadium. But, a few storm clouds weren’t going to ruin our fun. We set up camp in the outfield like a colony of ants building a mound. The adults prepped the food and the kids immediately ran to grab the outfield fence to take their first look at the biggest baseball field they had ever seen. They attentively watched the strategic process of the tarps being unfurled by a troop of volunteers. It really is impressive, more like an art than a science. The rain began again, but it gave the families time to explore the ballpark, under the dry bleachers between first and third…something we hadn’t had time to do earlier because of our own rain delay. That’s when it started.

The sky began to clear. The sun came out and the troop of volunteers reappeared to undo the work they had just done. From the loud speaker, the announcer let us know that the field would be ready for play in about 30 minutes. If you’ve ever had kids, you know that 30 minutes can feel like an eternity! What would I do with a dozen, eager boys for another 30-minutes? It was then I remembered a recent Marion-Grant County Chamber event where an Indian’s announcer, Howard Kellman, from ESPN, had said from the mic, “drop by anytime you’re at the ballpark”. I’m quite sure he was just being nice, but I was about to take him up on his offer. With 12 eager baseball players in tow. That 30-minute rain delay featured every kid live on ESPN radio along with a tremendous view of the ballpark from the announcer’s box—I couldn’t have planned it any better. That’s when it started. 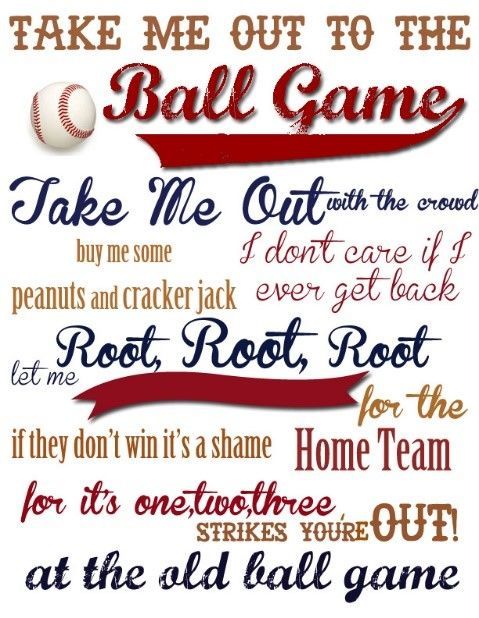 Hearing the sound of the bat hit the ball after the first pitch was magical. The late start made it even better as we got to enjoy the bright lights of the big city like stars within our reach. They lined up by the fence again. This time with their gloves on, in hopes of catching a fly ball. They experienced a real Seventh Inning Stretch. They sang Take Me Out to the Ballgame. They admired the big boys playing America’s game. They experienced pure joy. Fun was had by all, but it was coming to an end—it was time to go back home. That’s when it started.

Our trek back to the bus was slower than the trip in. It was so late when the game ended…all that rain, and the delays, led to a long night. The grown-ups tiredly tredged back to the double-decker bus as the kids ran and jumped back on the second floor. Once everyone was accounted for, the doors slammed, but the bus didn’t start. The battery was dead. Seriously. I couldn’t believe it. A special mechanic had to be called to jump-start a bus that big…so we waited. And, waited. That’s when it started.

It was 12:30 p.m. before we heard the roar of the bus engine. I was exhausted. But, the kids cheered! One was excited that he finally got to stay up past midnight for the first time ever. A few others happily started pulling out the upper deck beds…they’d never slept on a bus before. They all loved to see how bright the downtown lights of Indianapolis looked in the pitch dark night. The lower deck was quiet on the ride home. The upper deck was living their best life. We got home around 2:00 a.m. Tired hugs were exchanged and thank-yous were yawned. That’s when it started. 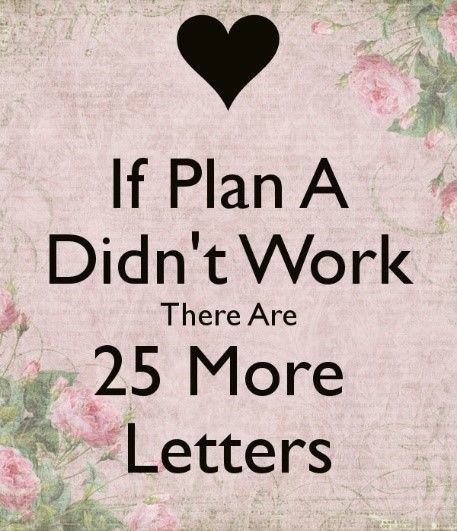 My mind began to racing.  I wondered if my goals for the night had been achieved.  It was then that I realized that I had learned two very important life lessons that night. First, none of this would have been possible without the collaboration of many donors, friends, and family members who wanted to give the gift of a beautiful life experience to a scrappy, Little League team from Grant County. I can honestly say that the best things I’ve ever done in life have been with the help, generosity, and expertise of others. Second, my biggest hope was that these kids would have a night they’d never forget. Torrential downpours, a rain delay, and a bus that wouldn’t start obvioulsy wasn’t the night I had planned. But, the double-decker bus, a tour of a fantastic minor league ballpark, a debut on ESPN radio, staying up past midnight, and watching the city lights get smaller and smaller from the bed of a double-decker bus truly made the night unforgettable. That’s when it started. 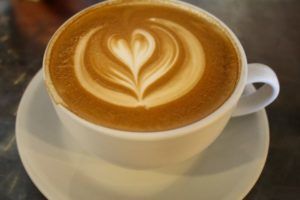 I began to love it when things worked out differently than I had planned. As adults, we don’t always appreciate this. My plans for that night were good, but their memories were made because of the things I hadn’t planned—it was even better. Things happen for a reason. For example, Marion has applied for, and lost, the Stellar Communities grant to revitalize Downtown Marion five times. But, just last week the Community Foundation awarded a Marion Downtown Revitalization Impact Grant for up to $150,000 in matching funds to a group of ten organizations in Grant County who all have a mission to see our county seat shine. In addition to this, Thriving Families, Thriving Grant County’s Quality of Life Workgroup is seeking donations on a Patronicity matching grant for the 5th Street Commons—a downtown project that has been sitting in the 2030 City Plan binder for years. I have never had such great hope for our downtown. This isn’t the route we chose—five times—but this could be even better. Perhaps we’ll see some unexpected results that will make this more than just two winning grants. Maybe, just maybe, these grants will revitalize our downtown and the people who love her. I can picture it now.  I’ll be sipping a frothy latte downtown with a friend.  As we enjoy a little people-watching, we’ll smile at cyclists, ballerinas, students, shoppers, and workers all making their way to their next activity.  My eyes will dance a bit as I think back to this very moment in time when those two grants became a monumental catalyst and tell my friend, “That’s when it started.”