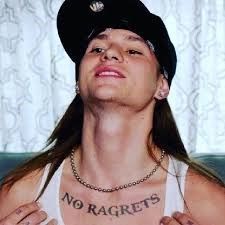 Have you ever seen that movie where the slacker boyfriend arrives to pick up the beautiful daughter for a date with his credo tattoo, ‘NO RAGRETS’, emblazoned boldly across his chest like a Happy Birthday banner? The dad takes one look at his daughter’s poor decision-making and says, “No regrets, huh? Not even a single letter?” It’s funny—if it’s not your daughter.

Ironically, I thought of this movie scene recently as I read about a more serious concept—the difference between victors and victims. Two letters.

In the book, Victors & Victims, author Ken Harrison posits that those who find success and joy in life are those who know who they are and give it versus those who know what they want and take it. Wow. Let that knowledge nugget sink in for a minute. That’s a powerful thought—made even more powerful by a jovial discussion that happened in the CoFo office this past week.

You see, there are a couple of teammates in the office who have actually said OUT LOUD, in front of people—as in not secretly—that they’re beginning to like 2020. <<insert GASP here>> For now, these two colleagues shall remain nameless, although I don’t think they’d even mind if I shared who they are. And, although I might be at the station, I haven’t been bold enough to hop on that train just yet. Yet. But I do see their logic and, dare I say, I think they may be on to something.

As rough as 2020 has been for everyone, for all the reasons, there have been some REALLY BIG silver linings. We’ve prevailed when it’s been difficult. We’ve been creative problem-solvers when solutions seemed lost. We’ve worked together in ways that we may never have if COVID hadn’t happened. It proved that this old saying is true, necessity really is the mother of invention. But it made me wonder if adversity might just be the mother of integration.

I feel like I should underscore the fact that these brilliant colleagues of mine don’t at all like 2020 because of the health crisis or the economic uncertainty or the social unrest—nobody does. But they have grown to appreciate the way they’ve seen people respond to these realities in remarkable ways. I’ve jokingly called them our office PROVIDS—Pro Covids—because they have taken a year that, for all intents and purposes, will go down as one of the worst in history, yet they have found the good in it. 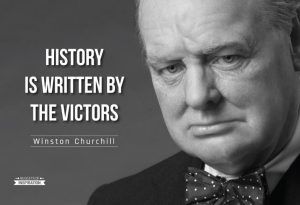 Some researchers out there call it the result of resilience. Scientifically that’s defined as the ability of a substance or an object to spring back into shape—think elasticity. In real-world, layman’s terms it means to recover quickly from difficulties—think toughness. But what we’ve been witnessing is more than bouncing back or showing grit—it’s a victor mentality. Two letters.

This is what happens when the integration of people band together and use deepened relationships as ‘the tool’ to fight the good fight; it’s the integration of organizations to work synergistically. The concept of synergy has been big for me professionally ever since the first Synergy Conference we hosted in 2004. Grant County has known for quite some time that Aristotle was right, “The whole is greater than the sum of its parts.” We have all the ingredients we need to cook up a feast, but we’re wise enough to realize that those individual ingredients combine into a blue-ribbon recipe worth far more than if eaten independently. Don’t believe me; have you ever eaten a teaspoon of cinnamon? 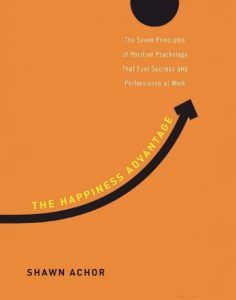 It’s in the spirit of our newfound ‘we’re all in this together’ mantra, which is evidenced by the silver linings observed by our office Provids, our upcoming grant cycle—launching soon—will be called the Third Path. The Third Path is a concept developed by author Shawn Achor in his book, The Happiness Advantage. Achor’s idea inspired us to fall up and capitalize on the downs to create upward momentum. Achor cautions about two destructive paths: (a) the NEGATIVE PATH of things ending up worse than things were pre-COVID and (b) the NEUTRAL PATH of simply going back to where we were before social distancing was part of our everyday vernacular.

But there is another option—the Third Path, where we all RISE UP! <<Feel free to break into a Hamilton tune here.>> This is what Greater Greensboro Foundation CEO, Walker Sanders, calls ‘igniting the comfortable’.

Igniting the comfortable is now, and maybe always has been, the job of the philanthropy sector to braid the rope of power, privilege, and resources. That has to mean more than simply going to back whatever ‘normal’ was. If we’re honest with ourselves, our old ‘normal’ wasn’t that great—it was just comfortable. We got complacent in our own mediocrity. That’s why we’re seeking a Third Path—the one where we intentionally catapult above the crises with a new sense of togetherness, innovation, and entrepreneurial spirit. This will forge a new Third Path for us as individuals and as a community. Walker states, “I have been optimistic and hopeful that it would ignite a path to re-design outdated systems and old institutions in a way that was inclusive and equitable. These 20th century systems and institutions suddenly have the opportunity to adapt, evolve, and transform into new digital systems and modern institutions for a 21st century world. And, along with it, new attitudes and perspective on each other and our world.” 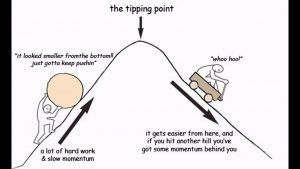 If he’s right and indeed, systems often must come to a breaking point before change is considered—Malcolm Gladwell calls this the Tipping Point—then 2020 could be THE YEAR OF THE SILVER LINING, wherein the pain of maintaining the status quo exceeds the pain of change.

With all this in mind, you’ll be hearing more about our Third Path grant cycle and the corresponding Relationship Spectrum soon. Until then, just know that the time is now. If things aren’t getting done, blaming doesn’t help. This is an us problem, not a them problem. We mUSt combine our resources. We mUSt establish partnerships. We mUSt leverage connections. We mUSt strengthen relationships. And we mUSt do it with no regrets—especially when it comes to these two letters.