Posted at 19:32h in A Message From Dawn by Shelly Jones 0 Comments
0 Likes
Share 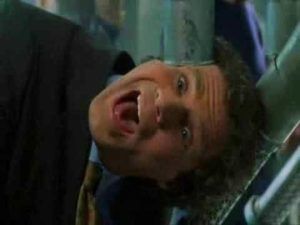 Remember that scene in Elf where Buddy is in the mail room?  He said, “This place reminds me of Santa’s Workshop, except it smells like mushrooms and everyone looks like they want to hurt me.” I laughed out loud when he was sticking mail through the tube and declaring it was ‘very sucky’? Well, we haven’t exactly replicated that at our house, although having a son in Afghanistan is pretty sucky. But, we have set up a  mini-post office in our kitchen. If you’ve been reading this blog, you know my son has been in Afghanistan for the past five months.  Five months that felt more like five minutes—under water.  So, to help the time slip away a bit quicker, for us and him, we send care packages…every week.  So, at all times, we have a couple of corrugated boxes that we’ve snagged from anyone who has recently got an Amazon shipment and we fill them up a bit each day.  Since he’s at a base camp, and not an actual base, there are no grocery stores or amenities like we enjoy.  So, if he’s craving some Oreos, he can’t just drive down to a convenience store or up to Meijer to grab some double-stuffed and a gallon of milk.  That’s why we send a small taste of home to him.  Because it was IWU’s homecoming week, and one of his best friends in the long snapper, on the new Wildcat football team, we just sent an IWU football cap, a jersey, and a Styrofoam football for he and his buddies to toss around during down time. Most of the packages contain shiny items they make look so inviting on the endcaps at the store–things we don’t even keep in the house these days.  Pringles, fruit snacks, and pudding. Old movies from the $5 bin, cheddar cheese Whales (he swears that they are better than Goldfish), and Spaghetti-O’s.  That boy misses his Spaghetti-O’s! I wish we would have counted how many cans we’ve sent, but we lost track months ago. I guess some things just make you think of home.  It’s also a good reminder for us to remember just how young these American soldiers really are.  They’re ‘still eat Spaghetti-O’s’ years old.

So, recently when we were chatting with him on the phone, he gave us a glimpse into a day in his life.  He went on a mission that day into an Afghani village.  As they say, if he told us about the exact mission, he’d have to kill us–so we don’t ask many questions.  What we do know is that they drive their Army vehicles to the destination for the day.  As they head off to work, he places his can of Spaghetti-O’s on top of what my mind sees as an Army green monster truck.  Picture that in your mind, it’s hilarious! The hot Afghanistan sun reaches well above 100 most days and allows the can to serve as a mini-microwave for a couple of hours while they’re working.  When they get back most enjoy the not-so-yummy MRE’s (Meals Ready to Eat) for lunch, but not our son.  He grabs his Spaghetti-O’s from the top of the truck, pops the top open, and enjoys a sun-cooked lunch that reminds him of home.  Genius?  Resourceful?  Or both?

A bit of creative problem-solving goes a long way these days.  It’s just that perfect combo of genius and resourcefulness that every non-profit in Grant County must have in order to deliver services professionally, make payroll, and keep the doors open. 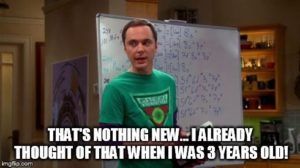 We recently published a list of grants that the Community Foundation of Grant County awarded last year—it was just shy of $1.5M.  So, not couch-cushion amounts of money, but big dollars.  This is one method non-profits use to shore up funding for impactful programs or projects that are necessary to help our community thrive.  Another way is by making appeals to donors that have an interest or passion for the day-to-day work that they do.  Nonprofits will always seek grants and donors—it’s part of the job description. Leveraging their resources is, well, resourceful.  But, once those grants and donations are spent to run annual programs and operations, the cycle begins again.  It feels a bit like running on a treadmill—it never stops, even when you’re tired.  But, there are some non-profits that add in a dash of genius that makes a significant difference—they have designated endowments.

Designated endowments are typically established by past or current board members or passionate donors.  While these donors won’t halt contributing to the annual operations of their favorite non-profit, they also contribute to the designated endowment to ensure long-term sustainability.  The endowments are invested and grow, which allows grants to be made to the designated non-profit every year—forever.  If you think about it, it makes good sense.  You support a non-profit’s annual fundraising because you appreciate the work that they do—don’t you want them to be able to do that same work 10, 15, 25, 50 years from now?  An endowment will help make that type of sustainability a possibility. (Don’t know if your fave charity is sustainable, here’s a sustainability calculation spreadsheet—just fill in the numbers and find out!)

Experts will tell you that the strongest non-profits have endowments that produce an annual income stream which covers at least 25% of their budgetary needs.  Non-profits have important work to do.  Being a service provider to a clientele that depends on them doesn’t leave much time for fundraising.  That’s why they must be resourceful geniuses.

If you support a local non-profit that you love, consider donating to or starting an endowment fund that benefits them long-term.  It’s not rocket science, but it is ‘Spaghetti-O’s-cooking-on-top-of-a-tank’ kind of genius. And, that’s definitely not sucky.